MS Dhoni-led Chennai Super Kings is now at the top position in the IPL points table as it has won 7 out of 9 matches that it has played till now. CSK’s last match was against Virat Kohli-led Royal Challengers Bangalore which was played yesterday at Sharjah Cricket Stadium. The match was won by CSK by 6 wickets with 11 balls remaining, however what grabbed more attention than the match was the bromance between Virat Kohli and MS Dhoni. 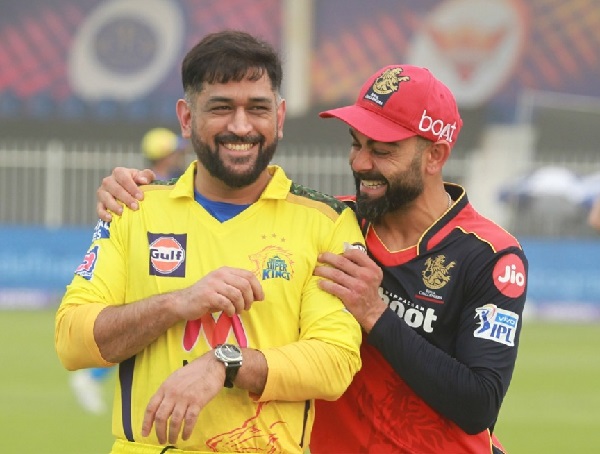 There is no denying the fact that Mahi and Virat share a great bond and they both respect each other a lot as well. These two have played together for a long time for the country and when the yesterday’s match got delayed due to the sandstorm, both the players were seen having a jovial chat and later after the match, Virat Kohli went towards MS Dhoni and gave him a hug.

These incidents were noticed by online users as they were pleased to see their favourite cricketers sharing a great camaraderie:

It’s all over respect……

Mentor and captain later, brothers before. The bond of Virat Kohli and MS Dhoni is always special. pic.twitter.com/Juttv65OzK

Virat Kohli and MS Dhoni just can’t stop talking to each other, such mutual respect.

One of the Best Bond in Cricket – Virat Kohli & MS Dhoni. pic.twitter.com/jrfh5c36yc

This was the second match which RCB lost in the second leg of the IPL 2021 despite the fact that they had a great start as openers Virat Kohli (53) and Devdutt Padikkal (70) produced a 111-run partnership for the first wicket. No other RCB batsman was able to score runs freely against the CSK bowlers and as a result, the innings of the Bangalore franchise ended at 156/6 in their 20 overs.

In response, CSK also had a solid start as the openers Ruturaj Gaikwad (38) and Faf du Plessis (31) played sensibly and made 71 runs together for the first wicket and then Moeen Ali (23) and Ambati Rayudu (32) also made useful contributions before getting out. Suresh Raina (17*) and MS Dhoni (11*) finished the match as CSK chased the target successfully with 11 balls remaining in their innings. 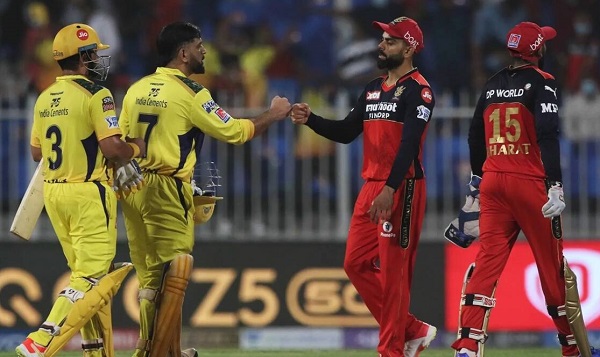 This is the last IPL of Virat Kohli as the skipper as he has already announced that he will leave captaincy of RCB after the IPL 2021. MS Dhoni will be with the Indian squad for the ICC T20 World Cup as he has been appointed as the mentor of the team by the Board of Control for Cricket in India (BCCI). Both RCB and CSK will play their next match on Sept 26, while CSK will face Kolkata Knight Riders, RCB is going to clash against the five time champions Mumbai Indians.

Read Also:  Sehwag & Ashwin Lash Out At Eoin Morgan In A Series Of Tweets Post Scuffle During DCvsKKR