The Indian cricket team led by new captain Rohit Sharma made a great start to the three match T20I series against New Zealand by winning the first match which was played yesterday at Sawai Mansingh Indoor Stadium, Jaipur, Rajasthan. This win certainly brought smiles on the faces of many Indian cricket fans as the Indian squad performed pretty badly in the recently concluded ICC T20 World Cup 2021 and was not even able to enter the semi-finals of the tournament. 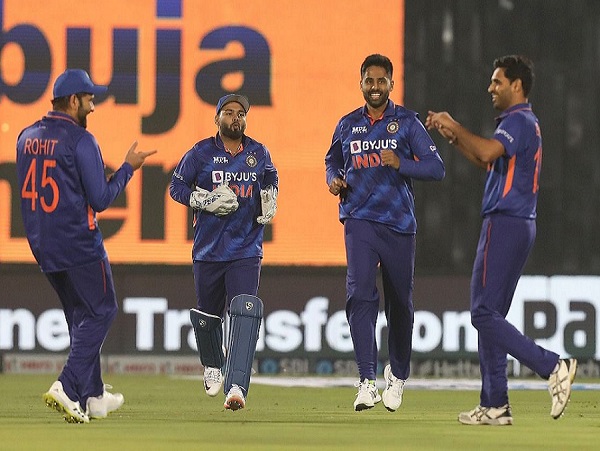 As far as the match is concerned, the toss was won by the hosts and they decided to bowl first. The Kiwis put up a score of 164/6 in their stipulated overs with the help of good knocks of Martin Guptill and Mark Chapman who scored 70 runs (42 balls, 3 fours & 4 sixes) and 63 runs (50 balls, 6 fours & 2 sixes), respectively.

In response, India lost the opener KL Rahul quite early as he scored only 15 runs (14 balls, 1 four & 1 six) but skipper Rohit Sharma and Suryakumar Yadav stabilized the innings and ensured that their team ended the match as the winner. While Rohit Sharma missed his fifty by two runs as he got out on 48 runs (36 balls, 5 fours & 2 sixes), Suryakumar Yadav went on to play a beautiful knock of 62 runs (40 balls, 6 fours & 3 sixes). The Indian side achieved the target with 5 wickets in hand and 2 balls remaining in its innings and Suryakumar Yadav was adjudged as the Player of the Match for his superb performance. 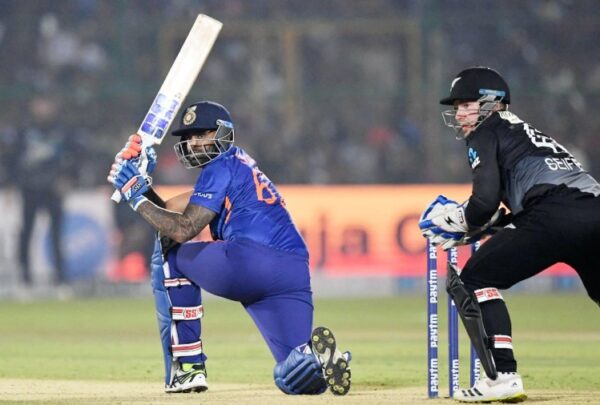 In the press conference after the match, Suryakumar Yadav praised the former skipper Virat Kohli a lot as it was Kohli who sacrificed his own batting position for sending SKY at number 3. Virat Kohli let SKY bat at number 3 in India’s last World Cup match which was against Namibia as he wanted to give Suryakumar Yadav some more experience of the World Cup game time and the same thing happened earlier when SKY made his debut against England. Talking about the match against Namibia, SKY said that it was really nice of the former skipper to let him bat at number 3 as he loved remaining not out in that game.

When the SKY was full of stars ✨

Suryakumar Yadav says that batting at number 3 is not new for him as he is doing it for his IPL team Mumbai Indians for the last 3 years. He also adds that he is pretty flexible with batting at any position as he has not only opened the innings but also batted at different positions till number 7. 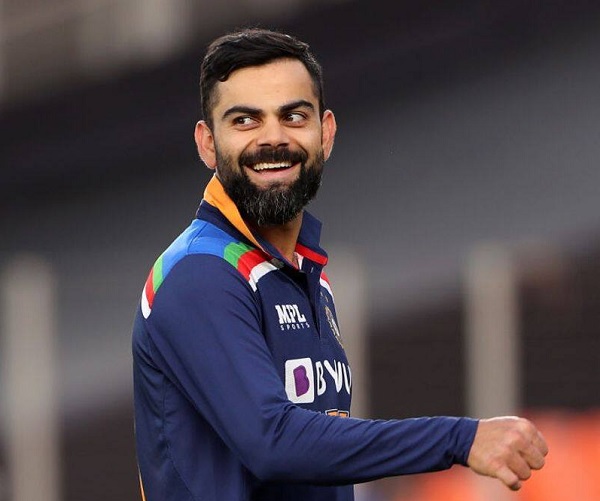 Speaking about the batters in the Indian team who mostly bat in the top-order for their IPL teams, SKY says that the franchise cricket is very different from the international cricket and at this level, a batter should be flexible enough to bat at any position. SKY also talks about Venkatesh Iyer and says that he has been working hard in the nets with Paras Mhambrey and he will certainly bowl soon.

Read Also:  “He Will Bowl When Humanity Ends,” Twitter Trolls Hardik Pandya For Not Bowling For Long

The Indian team is leading the series now with 1-0 and the next T20I match will be played tomorrow (Nov 19) at Ranchi.