There is no denying the fact that cinema affects our lives to a great extent and we tend to follow what we see on the screen so it is the responsibility of moviemakers to ensure that they are showing something which is not making a bad effect on the society. However in the present times, filmmakers are mostly concerned with earning huge profits and making their movie hit and for this purpose, they include many such things which may have harmful effect on the minds of viewers, especially the youngsters. 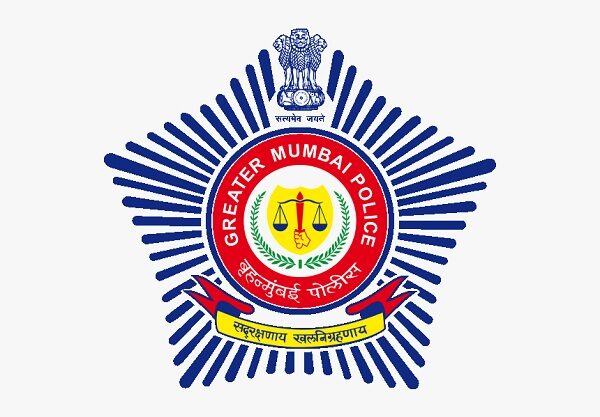 Recently, the official Instagram handle of Mumbai Police posted some scenes from Bollywood movies which had misogynist (an expression or statement which spreads hatred for women or tries to prove them inferior to men) tone. The movie scenes which found place in this post were from Salman Khan and Sonakshi Sinha starrer “Dabangg”, Shah Rukh Khan and Madhuri Dixit starrer “Hum Tumhare Hai Sanam”, “Maalamaal”, “Dil Dhadakne Do”, “Chashme Baddoor”, “Ujda Chaman” but the movie which got mentioned two times was Shahid Kapur and Kiara Advani starrer “Kabir Singh”.

Check out the scenes: 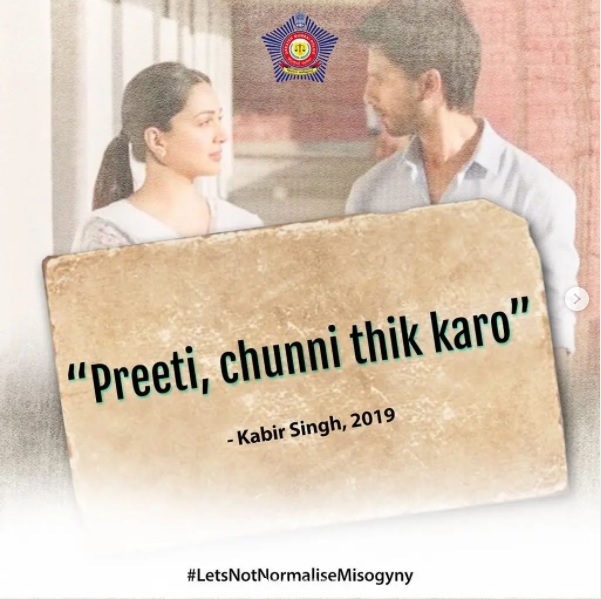 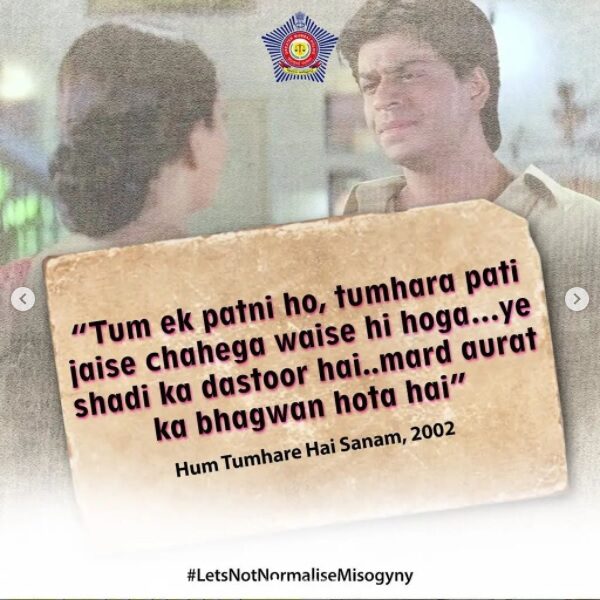 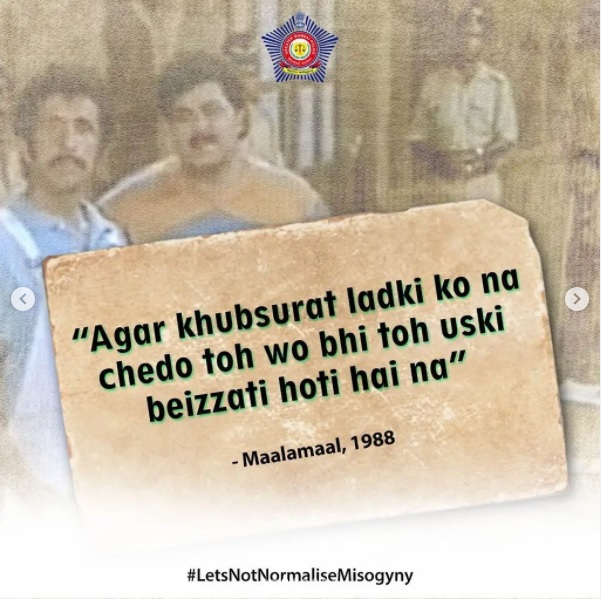 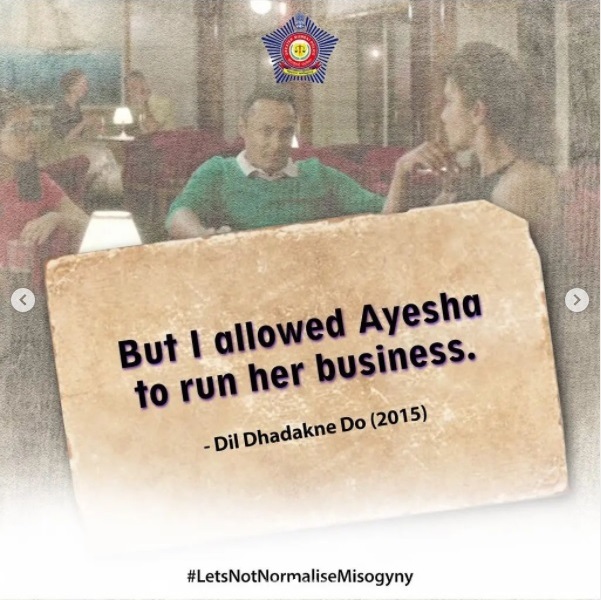 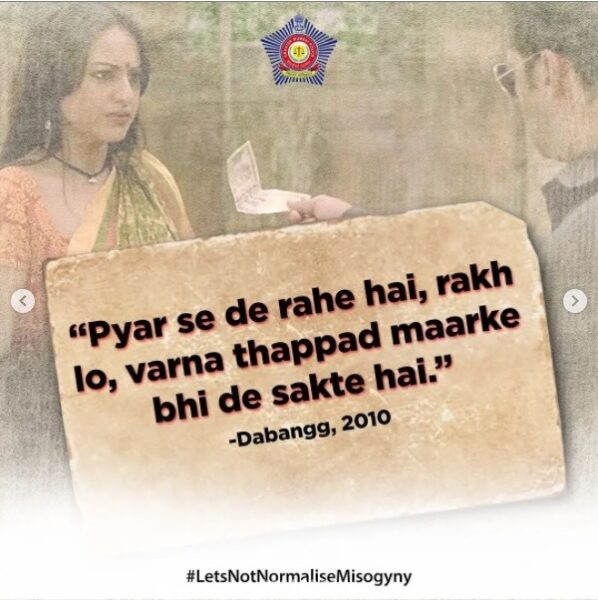 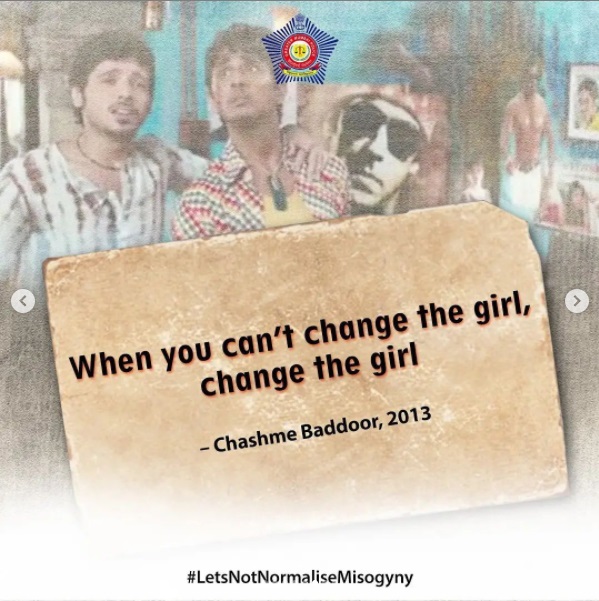 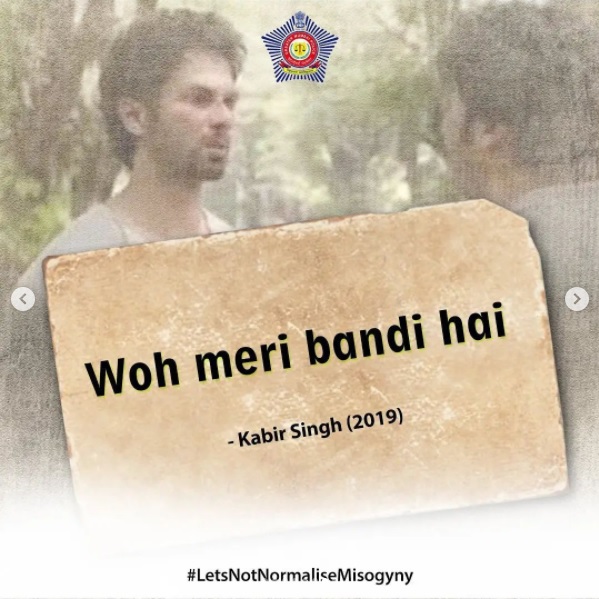 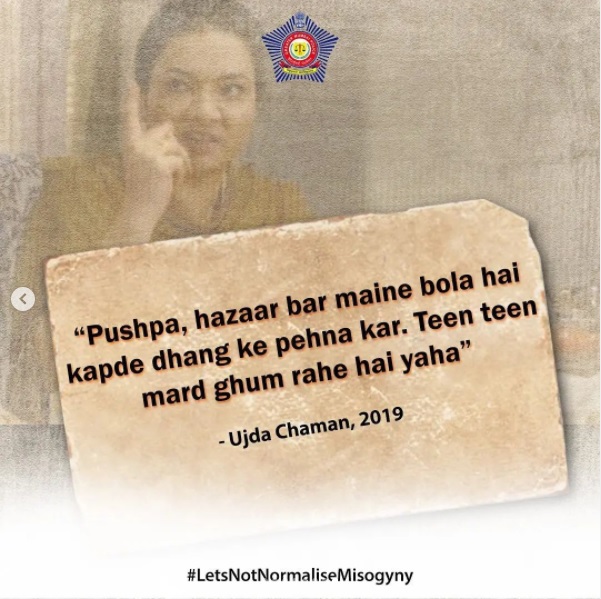 “Kabir Singh” was directed by Sandeep Reddy Vanga and though it was a big hit on the box-office, it also got slammed for the lead actor’s misogynist dialogues and aggressive behaviour. Many actors from the industry also had a problem with the manner in which the lead actor was glorified despite the fact that he was alcoholic, abusive and violent.

Mumbai Police wrote the caption, “Cinema is a reflection of our society – Here are (just) a few (of many) dialogues both our society & cinema need to reflect upon. Choose your words & actions with care – unless you want the law to intervene!”

We certainly agree with Mumbai Police. What about you?

Read Also:  David Miller Responds With A Hilarious Meme When A Fan Asks If He Knows Hindi