The Indian cricket team will be playing its third T20I match in the ICC T20 World Cup against Afghanistan on 3rd November at Sheikh Zayed Stadium, Abu Dhabi, and it is a must win match for India as it has already lost its first two matches of the tournament. India tasted humiliating defeat at the hands of its arch-rivals Pakistan in the first match as the Men In Green won the game by 10 wickets. While the Indian cricket lovers were hoping to see their team make a strong comeback in the match against New Zealand, the Indian cricketers put up a disappointing show once again and lost the match by 8 wickets. 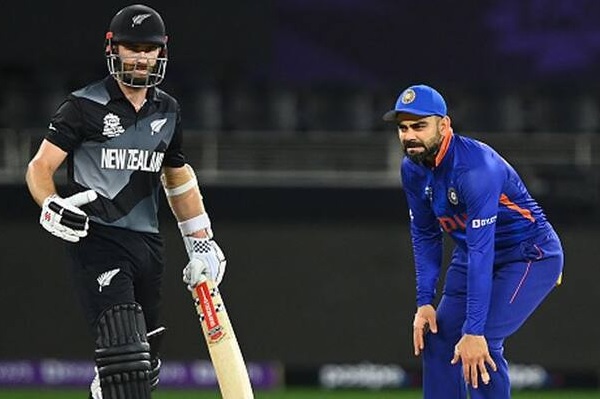 Now the Indian team’s chances of making into the semi-finals are very bleak and one more loss will completely rule them out of the tournament. Many former cricketers have expressed their displeasure over the manner in which team India has played in the tournament especially considering the fact that it was termed as the favorites to win the ICC T20 World Cup before the start of the tournament.

Michael Vaughan, the former England cricketer has come up with a suggestion for the Board of Control for Cricket in India (BCCI) which can help the Indian cricketers get more experience. Vaughan suggested that the BCCI should learn from other countries and allow its players to play in other leagues as well which are taking place all around the world.

Michael Vaughan’s tweet read, “India should take a leaf out of all other countries… Allow their players to play in other leagues around the World to gain experience… #India #T20WorldCup”

As of now, the Indian cricketers are not allowed by the BCCI to take part in other leagues as the richest board of the world doesn’t want to get its domestic cricket affected because of the foreign leagues. An Indian cricketer can take part in foreign leagues only after he takes retirement from the international cricket and also obtains a No Objection Certificate (NOC) from the BCCI.

Time will tell whether the BCCI will listen to Michael Vaughan or not but at present, the Indian team is going through a very tough phase and now it needs to win each match if it wishes to save some respect in the cricket world.

Read Also:  “I’m Just A ‘Zero’ In Comparison To Real Life Heroes,” Rajpal Yadav Opens Up On His Struggles