So far the Athlon 64 seems to be scarcer than hen’s teeth even though there are plenty of reviews about. This being the second Athlon 64 review here on TrustedReviews must mean that we’re very lucky. The Mesh Matrix64 FX Plus is as the Evesham Axis FX51 based on the Athlon 64 FX-51 CPU. This does have one downside, the overall system price. It is however interesting to see that the Mesh is almost £350 cheaper than the Evesham. There is however a reason for this that we will elaborate on later.

The main components are very similar as the Matrix64 FX Plus uses the same Asus SK8N nForce3 based motherboard as the Evesham. This was the first single CPU Opteron motherboard and as the FX-51 uses the same pin-out as the Opteron, Asus was ready for the FX-51 launch a good few months ago. All that was needed to make the SK8N board work with the FX-51 chip was a BIOS upgrade. The board comes with integrated 10/100Mbit LAN and a Promise IDE/S-ATA RAID controller. There is of course FireWire and integrated sound as well.

The onboard sound is however not used in favour of the brand new Creative Labs Audigy 2 ZS. This is a 7.1-channel sound card with support for Dolby Digital EX and Mesh bundles it with a set of Inspire 7700 7.1-channel speakers to complete the package.

Graphics are handled by an ATi Radeon 9800 Pro with 128MB of memory, which is the kind of card you would expect to find in a high-end game focussed PC. An 18in NEC TFT display goes hand in hand with the graphics cards, but it’s not one of the best units I have seen. It is also very chubby for a TFT, but it does offer good height adjustment and DVI input. The display is capable of 1,280 x 1,024 at 75Hz.

A massive 200GB Maxtor IDE hard drive is the main storage device, backed up by a Sony DVD writer capable of handling DVD+R/RW, DVD-R/RW and CD-R/RW media as well as an MSI CD-RW drive. This should give you ample options for backing up your data and it also allows you to put your home videos on DVD.

The build quality is first rate and Mesh has fitted rounded cables instead of the normal flat ones, which makes the inside of the case tidier and allows for better airflow.

What is interesting though is of course the CPU and how well it works. I did mention earlier on that there is one major difference between the Mesh and the Evesham and that’s the system memory. As registered PC3200 is hard to come by, Mesh has supplied 1GB of PC2700 memory in its place. This does lower the cost somewhat, but it also brings down the overall system performance. This has a bigger impact than you might expect as the Athlon 64 is very reliant on the memory used since the memory controller is built in to the CPU itself. When used with fast memory, the Athlon 64 performs like a bat out of hell, but if you use it with something more everyday then it loses some of that power.

You will notice a new test that was used for the first time on the Matrix64 FX Plus. This is a 3D render created in 3D Studio Max 5.1. The image features a lot of reflections and adds camera movement to load the CPU as much as possible. To render the whole frame took just over 9 minutes, which shows the amount of load it puts on even a CPU as fast as the FX-51.

So how did the Matrix64 FX Plus fair in the benchmarks, well, it didn’t do too bad, but it is a good way behind the Evesham in Sysmark 2002. It’s not quite as far behind in the rest of the benchmarks and if you take the much lower price into consideration this is quite acceptable. There is always the option to upgrade the memory at a later stage when it doesn’t cost a small fortune, but this will of course be an additional cost.

So how much is a sensible price to pay for a computer these days?

Well, personally, I would not spend this much money, but if you want one of the fastest PCs out there, then you’re looking at the £2,000 price mark or even a little more. The Matrix64 Plus manages to squeeze in at just under £2,000 but it is still very pricey, but if you want the cutting edge of performance you’ve got to dig deep.

The Matrix64 FX Plus does also come with a 3 year on site warranty which is a bonus, especially on an expensive system such as this.

The Matrix64 Plus doesn’t differ very much from the Evesham tested a few days ago, but it is worth a look. The Matrix64 Plus is a very capable machine and it’s hard not to like it. Of course it’s expensive, but you’re getting one of the fastest PCs money can buy. 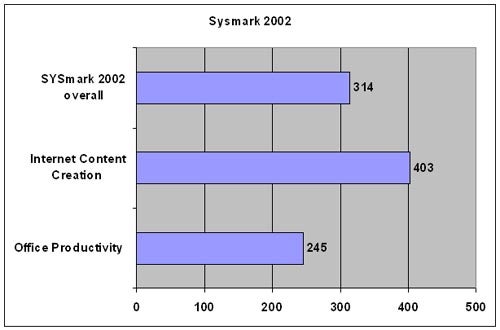 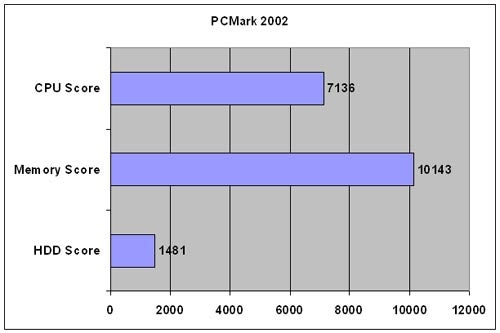 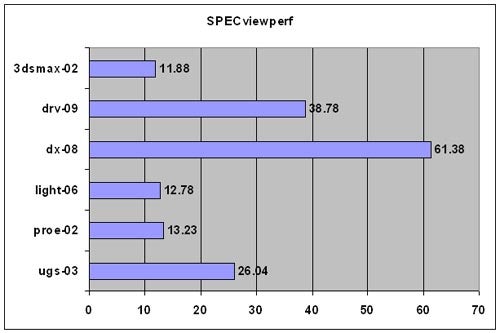