KL Rahul led Punjab Kings bid goodbye to the IPL 2021 after registering a thumping victory against the three times champions Chennai Super Kings in their last league match which was played yesterday at Dubai International Stadium. MS Dhoni led CSK is already in the play-offs and this defeat will have no effect on its prospects but yesterday’s match will always be remembered for an incident which has taken place off-the-field. 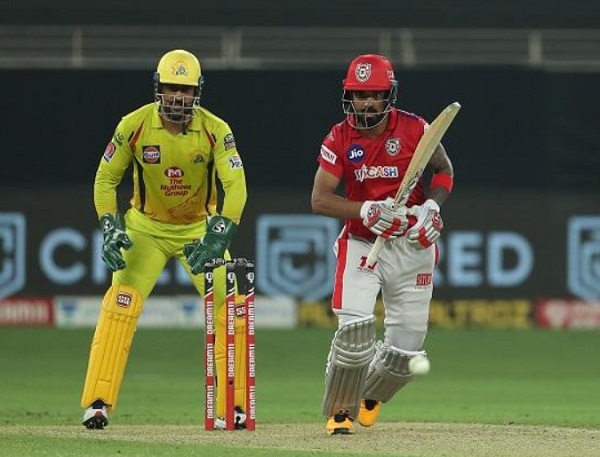 Deepak Chahar, the CSK bowler, didn’t have a good day on the field and he proved to be quite expensive as he gave only 48 runs in the 4 overs that he bowled and was able to dismiss only one batsman. However, he made his day memorable by proposing his girlfriend Jaya Bharadwaj in the stadium after the match. Jaya had no idea about the plans of Deepak Chahar and she could not believe it when the latter sat down on his knees in the stands and proposed. Jaya made no delay in saying YES and they both hugged each other while people standing around them were clapping for them as the couple exchanged rings.

Check out the pics: 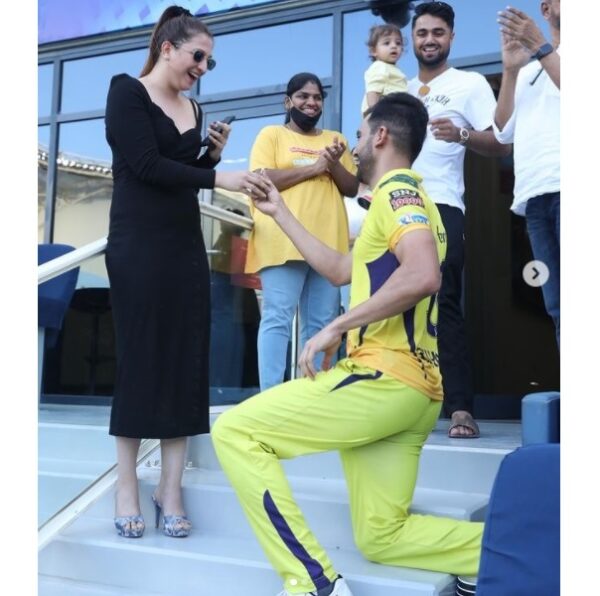 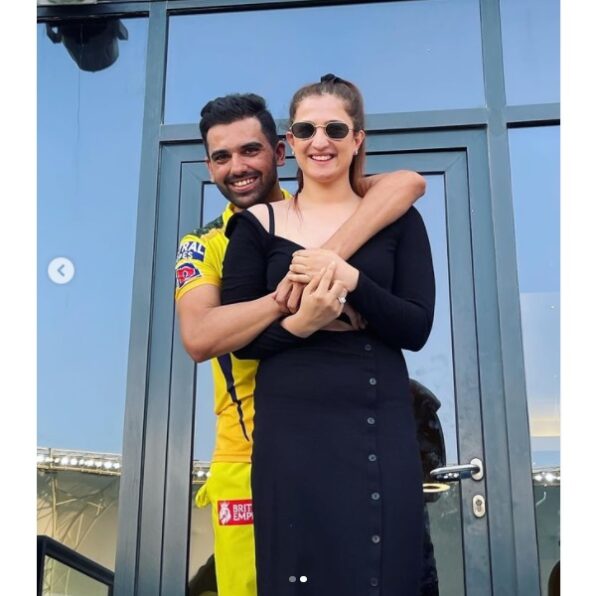 Soon the photos and videos of the incident went viral and people started congratulating them. Deepak Chahar also posted a couple of photos of the beautiful moment with the caption, “Picture says it all. Need all your blessings #taken” with a ring emoji.

Here is the video of the ‘special moment’:

A pic was shared by Deepak Chahar’s sister Malti Chahar on her Instagram story too with the caption, “That moment. And my brother is taken.” 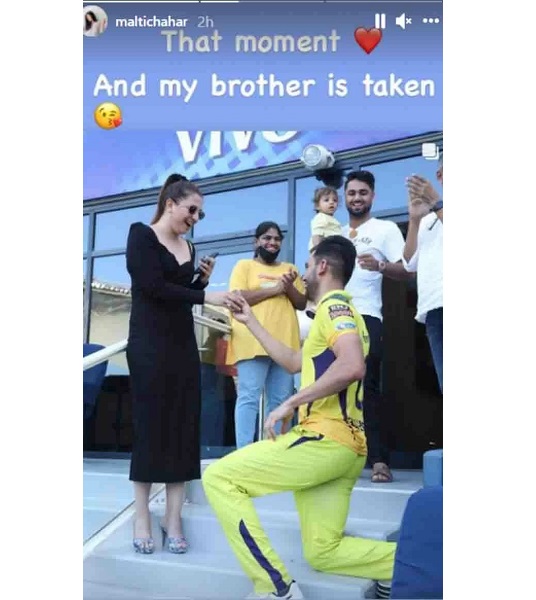 In another post that Malti made on the micro-blogging site Twitter, she shared a pic of Deepak and Jaya with the caption,

Lo mil gayi bhabhi😁. She is Jaya Bharadwaj and she isn’t a foreigner…Delhi Ki ladki h.

God bless you both😘 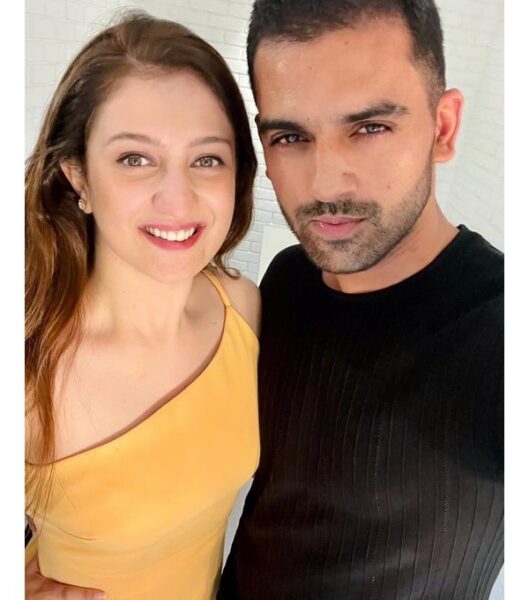 And my brother is taken❤️💍 @deepak_chahar9
Lo mil gayi bhabhi😁. She is Jaya Bharadwaj and she isn’t a foreigner…Delhi Ki ladki h.
God bless you both😘#engagement #love pic.twitter.com/DbMMxKwIJ7

As far as the match is concerned, PBKS won the toss and decided to bowl first. The PBKS bowlers proved this decision correct as they wrapped up CSK for a meager total in the 20 overs. The CSK opener Faf du Plessis played a beautiful innings of 75 runs for which he played 55 balls and his innings included 8 fours & 2 sixes. However, no other CSK batsman was able to show much resistance to superb bowling done by the PBKS bowlers and the Chennai team could manage only 134/6.

The PBKS skipper KL Rahul led from the front as he played a smashing innings of 98 runs not out in 42 deliveries and his innings included 7 fours & 8 sixes. The Punjab team achieved the target with 6 wickets in hand and 42 balls remaining in their innings.

Congratulations to the lovely couple Deepak Chahar and Jaya Bharadwaj!

Sehwag, Irfan & Yusuf Pathan Support Shami, Slam Haters Who Abused Him Over Failure In INDvsPAK
Did You Know Prabhas Was Planning To Quit Acting After The Release Of Saaho?
Do You Know Akshay Kumar Got Irrfan Khan Replaced In This Superhit Movie Coz He Wanted It?
Shreyas Iyer Reacts On Delhi Capitals’ Decision To Continue With Rishabh Pant As Captain
Kane Williamson Posts Pics Of SRH Without David Warner, The Aussie Cricketer Reacts
Shardul Thakur Disclosed His Chat With Sam Curran On Oval Test’s 4th Day & You Need To Read It
Actor Sahil Vaid Opens Up On Controversy About Having Regret For Doing “Shershaah”
David Warner Posts A Cryptic Message After Being Absent From SRH Dug-Out
“Not As Strong As Dravid, Ganguly, Laxman, Sachin & Sehwag,” Shane Warne On Current Indian Batting
ENTERTAINMENT
Brother Chahars Deepak Ladylove Malti Match Moment Proposes Reacts Special