The Indian cricket team will be playing 2-match test series against Sri Lanka starting March 4 but this test will be very different from other test matches because with this match, Virat Kohli will enter the 100 test club. There is no denying the fact that the former skipper of the Indian cricket team is one of the best batsmen of all times. His hunger for runs has helped him earn the reputation of run machine and playing the 100th test match is certainly an honour that he deserves. 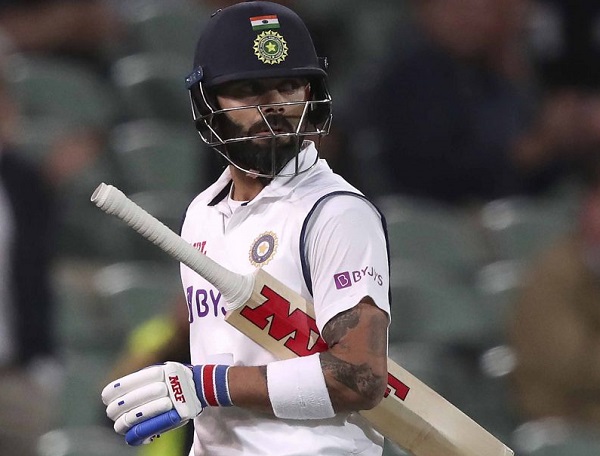 Virat Kohli plays for Delhi in the domestic cricket and it was under his leadership that the Indian team won the Under-19 World Cup in the year 2008 which was played in Malaysia. He made his international test debut in the year 2011 and in the 99 test matches that he has played, he has scored 7962 runs at an average of 50.4 which also includes 27 centuries and 28 fifties. His fans must be hoping to see him score his 28th century in his 100th test match as Virat has been going through a lean phase and he hasn’t touched the three digit mark in any format for a long time now.

The Board of Control for Cricket in India (BCCI) posted a special video on its website in which it talked about the achievements made by Virat Kohli and also about the impact that he has made on the Indian cricket. The video also contains messages for Virat Kohli from some great Indian cricketers such as Sachin Tendulkar, Sourav Ganguly, Rahul Dravid, Virender Sehwag, etc.

Read Also:  “Virat Feels ‘It’s Only Me. I Am King Of This Place’,” Says Kohli’s Ex Teammates On His Aggression

BCCI took to the micro-blogging site Twitter and posted a small clip from the video with the caption, “ ! Welcome to the 100-Test club Virat Kohli #TeamIndia greats share their thoughts on @imVkohli’s landmark Test, his achievements & the impact he’s had on Indian cricket”.

Welcome to the 1⃣0⃣0⃣-Test club Virat Kohli 👏 👏#TeamIndia greats share their thoughts on @imVkohli‘s landmark Test, his achievements & the impact he’s had on Indian cricket. 🔝 👍

You can watch the full video by clicking here

The first test match between India and Sri Lanka will be played at Mohali from March 4. Earlier the Punjab Cricket Association decided to conduct the test match behind the closed doors but now it has changed it decision considering the fact that it is an important test match not just for Virat Kohli but also for Indian cricket.

Hopefully, we will get to see the old Virat Kohli back in this test match and he will make this test memorable for all by making a big score.

On the 25th anniversary of 'Hero No. 1,' producer Jackky Bhagnani and his team rewatch the film and ...
"Really Shows How Islamophobic The World Is"
Ayushmann Khurrana Talks About His 'Exhilarating' Experience Shooting In London For Upcoming Film
100Test, BCCI, Beautiful, Club, Congratulate, Entering, Indian, Kohli, Legends, Shares, VIDEO, Virat