Angelo Mathews, the Sri Lankan cricketer, is one of the popular players of his country and he has been representing his nation for more than a decade now. Though Angelo Mathews has faced ups and downs in his career, he has still retained his place in the national team for the majority time of his career. Presently he is representing his team against West Indies in the two match test series in which his performance has been quite well.

In the series, what caught attention of everyone was the manner in which a fan expressed his love for his favorite cricketer Angelo Mathews! In the second test match which is being played at Galle International Stadium, a young fan is seen holding a placard which reads, “Hey ‘69’ Where are you My Love? I came to see you….”.

Check out the pic:

Read Also:  Can You Recognize The Boy Behind Katrina Kaif In Viral Photo? He Is Famous Indian Cricketer Now 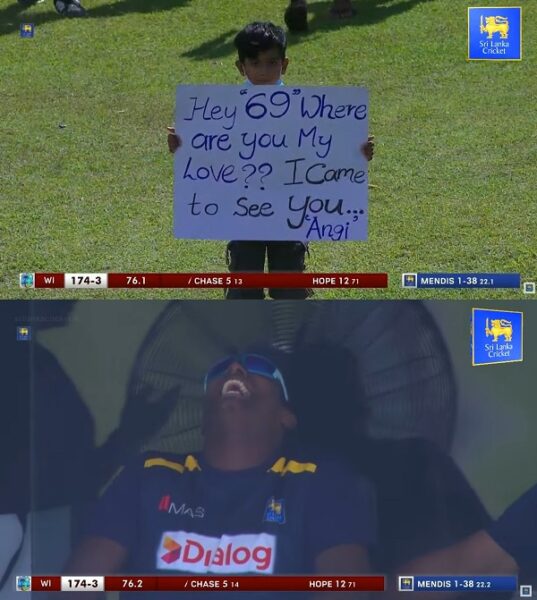 The 34 years old cricketer laughed out loud after watching it.

As far as the test series is concerned, Sri Lanka is leading with 1-0 after winning the first test match. In the first innings of the first test, Angelo Mathews was not able to score much as he got out for 3 on the bowling of Roston Chase. However in the second innings, he scored brilliant 69 runs for which he played 84 balls and his innings included 6 fours and 2 sixes. 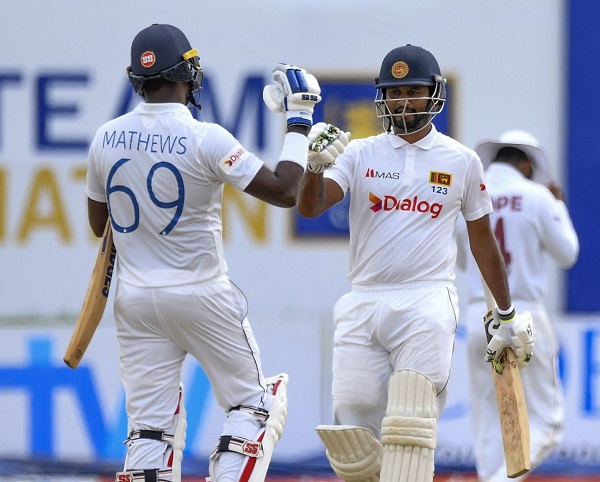 In the second test match also, Angelo Mathews looked in good touch as in the first innings, he scored 29 runs in 45 balls and his innings included 2 fours and 2 sixes as well. In the second test match, Sri Lanka scored 204 runs in the first innings and the visitors managed to take a lead of 49 runs by scoring 253 runs in their first innings. As of now, Sri Lanka has taken a lead of 172 runs as by the time this article was written, Sri Lanka was 221/7 with D de Silva (80*) and Angelo Mathews (1*) on the crease.

Do you think that the visitors will be able to level the series by winning the second test match?