Almost every woman of the world dreams of becoming a mother but not everyone is fortunate enough to see their dream turn into reality. Usually it is being said that motherhood after the age of 50 is very difficult and after some more years, it is next to impossible for a woman to have healthy pregnancy but a woman from Gujarat has proved all these things wrong by becoming a mother at an age of 70. 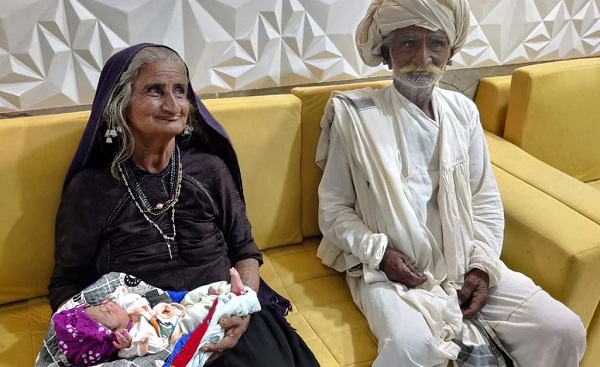 Jivuben Rabari and her 75 years old husband Valjibhai Rabari who hail from Kutch have become parents to a healthy son a month ago and they have named him as Lalo. The baby has been delivered by Caesarean section and Jivuben Rabari is very happy after becoming mother for the first time. The couple has been married for 45 years and after remaining unsuccessful for decades to attain parenthood, the Gujarat couple finally succeeded through In-Vitro Fertilisation (IVF). 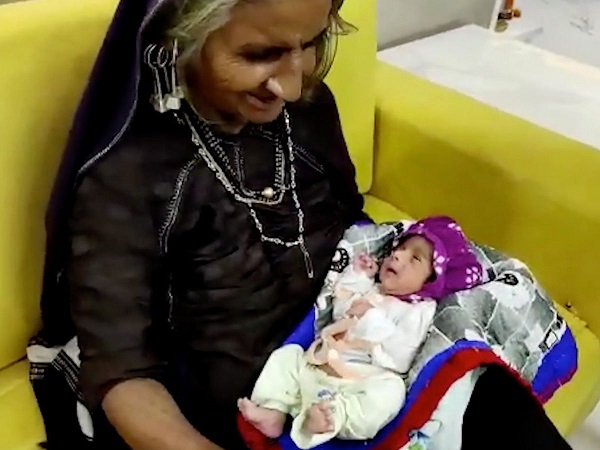 Though doctors tried convincing the woman against getting pregnant, Jivuben Rabari’s courage and her emotions defeated all the problems and even motivated the doctors to go ahead with the process. Though she has no documents to prove her age, she has told the doctors that she has experienced 65-70 summers.

Talking about the whole process, Gynecologist Dr. Naresh Bhanushali said that first of all they made Jivuben’s menstrual cycle regular by using oral medicines and then they expanded her uterus which got shrink due to the effect of age. He further said that the eggs were fertilized, blastocyst was created and then placed in uterus. 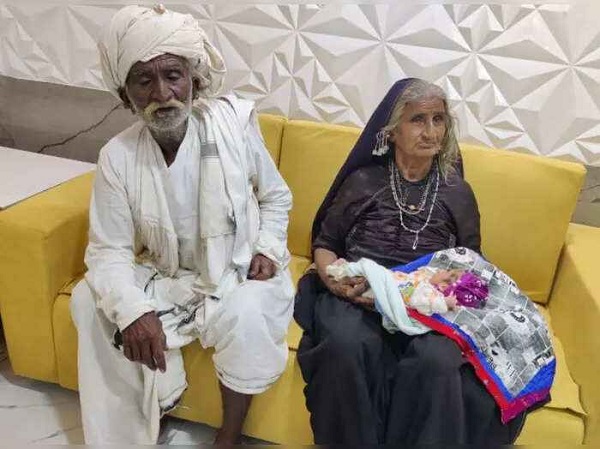 Sonography was carried out after two weeks and the doctors were quite surprised to see the foetus developing. The monitoring was done regularly and as the heartbeat came on time and there was no deformity, the doctors continued with the pregnancy.

Congratulations to the couple for finally seeing her dream turn into reality!